And then he said "oh crap!" 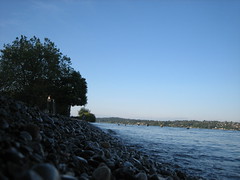 Have you heard of DailyLit? It’s so incredibly awesome. I discovered it a week ago? Two weeks ago? I don’t remember, but I am loving it. Basically, you can read a book in your email or in an RSS feed. The idea is that people don’t want to take the time, or don’t have the time to sit down and read a book so you can have them send you pieces of the book everyday, or weekdays, or whatever! I signed up to get emails every weekday of the books A Tale of Two Cities by Charles Dickens and Pride and Prejudice by Jane Austen. It’s got to be one of the coolest ways to read a book. I often don’t feel like I can justify picking up a book and reading it, but reading a short email is easily justifiable. Each e-mail contains a link to have the next part of the book sent to you immediately, which I took advantage of a great deal tonight while reading both books. Anyway…

Yesterday and today I’ve been occupied with updating this website, along with Learn4Liberty. I haven’t done much aesthetically; I’ve mostly been cleaning up crap, finding and installing wordpress plugins, getting distracted with reading a bunch of stuff I found off of reddit, coming up with ideas for websites, etc.

In the process of doing all this updating I realized that I didn’t have an about page for this site. I was linking to the about page on ryanware.com, but that’s not all that helpful if you, say, actually wanted to learn something about me as an individual. So I started writing about myself, which I’ve never really enjoyed.

From my About Me page:

I’m really good at sleeping in. I have been known, at least twice a week, to push snooze on my alarm clock for anywhere from 1-5 hours. If sleeping in was a lucrative profession, I would be the Bill Gates of it. I wrote a little alarm program for my computer, which I use to blast music from my speakers at the time I desire to wake up. My sister, who also loves to sleep in, told me “that’s the loudest alarm I have ever heard.” The alarm does remarkably well at getting me out of bed. In fact, the speed with which I usually jump out of bed is akin to that of a butterfly attached to a bowling ball dropped from an airplane. What’s even more remarkable is that I turn the alarms off (after typing in 1-2 passwords) only to get back in bed. I am improving though! Really! It goes in cycles, but I am improving.

So where does the “oh crap!” moment come in? So while I was writing that section about sleeping in I realized that tomorrow (err… today) is Thursday. And on Thursdays I wake up at 5:30 AM to attend a weekly Toastmasters club meeting. I’m not even tired yet! Okay, maybe I’m a little tired, but I certainly will be very tired by the time 5:30 rolls around. Especially if I don’t sleep, and even more especially if I do sleep. crap.

So of course I had to write about it, instead of going to bed when I realized that I was going to wake up so early.

But seriously, check out DailyLit. I’m addicted and loving it.

← What is exercise: Apparently it's more than I thought
I stayed up →
Posted by Ryan Martinsen June 7, 2007