I found my camera

I found my camera (der, it was a few weeks ago, but I’m still excited about it)! I thought I’d lost it several months ago. I’d given it up for gone. I even let a friend borrow the battery charger, telling her that she could just keep it since I would probably never find my camera. I think I found it two days later. I should have let someone take the battery charger sooner! In commemoration of the camera that was once lost, but is now found: a (fairly boring) photo. 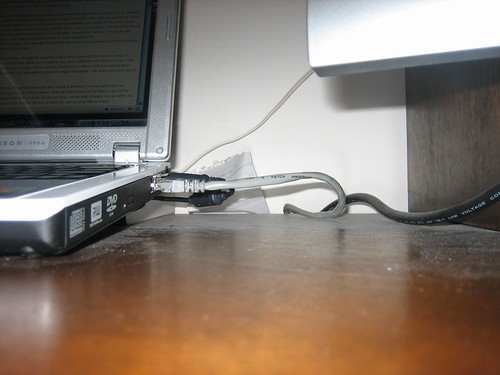 This was taken over at a friend’s house, where I spend the majority of my time working.