Fundraiser at the Gateway

Yesterday the Utah Swing Dance Association held a Fundraiser for a guy named Nate. Nate got really sick with a rare form of blood posioning back in April and after several months in the hospital was finally released, but without several of his fingers, part of his right foot, and most of his left leg. He’s really lucky to be alive. I don’t know how much money we raised, but I know we did get some. And anything helps!

Here are some pictures of the event (click to view all). 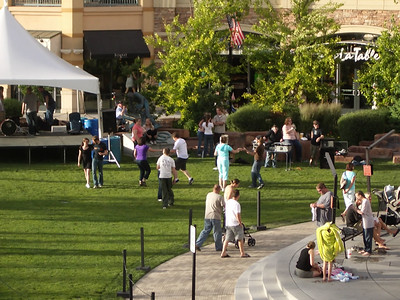