Justin posted his twitter stats last week and I was insanely jealous. Okay, maybe not jealous, but insane? Totally. No really, I thought “hey, that’s cool.” The script he linked to was for OS X, which I don’t use so I waited. Today I found a site that did it online. The stats are far uglier than Justin’s so I’m still jealous (at least still insane), but they work. 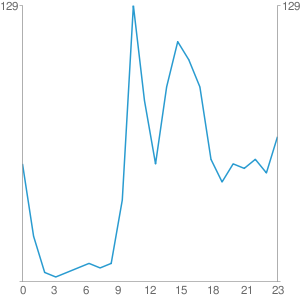 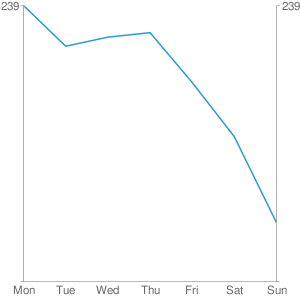 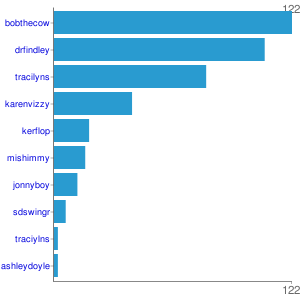 Oh. What is twitter? It’s a grand time wasting scheme, micro-blogging it is often called. Read about it on wikipedia or go right to my profile and read my tweets. One of these days I’ll add my twitter feed somewhere on this site.

← Overpowering the Overpowering
Whoops, there goes that goal →
Posted by Ryan Martinsen January 7, 2008