So-called philosophers, “men of the mind,” and many well intentioned people will tell you that if you “sacrifice” something, you aren’t really sacrificing at all because the outcome outweighs the sacrifice, making it not a sacrifice in retrospect. The idea is that once you’ve sacrificed something, you look back on what you’ve done, and plainly see how easy it was and that it was worth it. You chuckle at yourself for ever thinking it was a sacrifice. Some will lead you to believe this lie in order to get you to reject sacrifice.

You cannot rewrite history. If it’s hard to give up something, if it’s hard to do something, years from now it will still have been hard, but looking back you will be grateful that you did it, perhaps even amazed that it was so hard. You must not deceive yourself thinking that you didn’t really make a sacrifice. You did. It looks like it wasn’t a sacrifice in retrospect because you overcame it. If you had not overcome it, it would still look hard to you. It now looks easy because of your increased ability to do hard things. If you were faced with the same decision again, it would probably not be a sacrifice. I believe that’s why people think sacrifice isn’t really sacrifice, because if they were faced with it again, it wouldn’t be. But that doesn’t change what it was in the past. 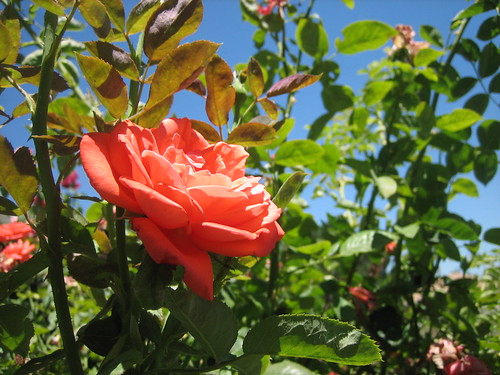 Sacrifice is absolutely essential to happiness. You have dreams and ambitions, perhaps dreams you’ve had since your childhood. In order to make those dreams a reality, you must sacrifice something. You must sacrifice your time and your energy to make it happen. Maybe it means you shouldn’t go golfing 3 times a week, or watch so much TV, or eat ice cream, or go to the gym as often as you do. Are those things bad? I do not think that those things are inherently bad, but if golf, basketball, dancing, reading science fiction novels, or other good things are keeping you from realizing your dreams, are those things bad to you? Are they things you must give up? Is that hard? Yes.

I do not mean to suggest that everyone has some hobby that they must give up in order to be successful and happy. Perhaps the sacrifice you must make is more simple, such as going to bed early and waking up early (though that’s not so simple and easy for me). Perhaps your sacrifice will be to live in a small one bedroom apartment in a city you don’t particularly like while you start a new internet company. My point is that there are things we all must do in order to be happy, and that those things are often really hard, but they must be done.

For a bit of a religious perspective (if you’re not religious, read and interpret as you wish), here’s a quote from Susanna Wesley, mother of John Wesley:

"Take this rule: whatever weakens your reason, impairs the tenderness of your conscience, obscures your sense of God, or takes off your relish of spiritual things; in short, whatever increases the strength and authority of your body over your mind, that thing is sin to you, however innocent it may be in itself." -- Susanna Wesley (Letter, June 8, 1725) (Mother of John Wesley)

The notion that sacrifice doesn’t exist, or that one doesn’t have to sacrifice something in order to gain something beyond what they currently have, is wrong. All it does is cause problems. Since I’m posting this on July 5th, the day after the United State’s Independence Day, I’ll add that if Thomas Jefferson, John Adams, George Washington, Benjamin Franklin, and the other Founders of this country had not sacrificed their lives (time, money, effort), the world would not be what it is today. It would be far less.

Sacrifice is essential to happiness in this life, and if you believe in an after life, in the world to come. Go and say thanks to someone who has done something for you, someone who sacrificed their time and energy that your life might be what it is today.